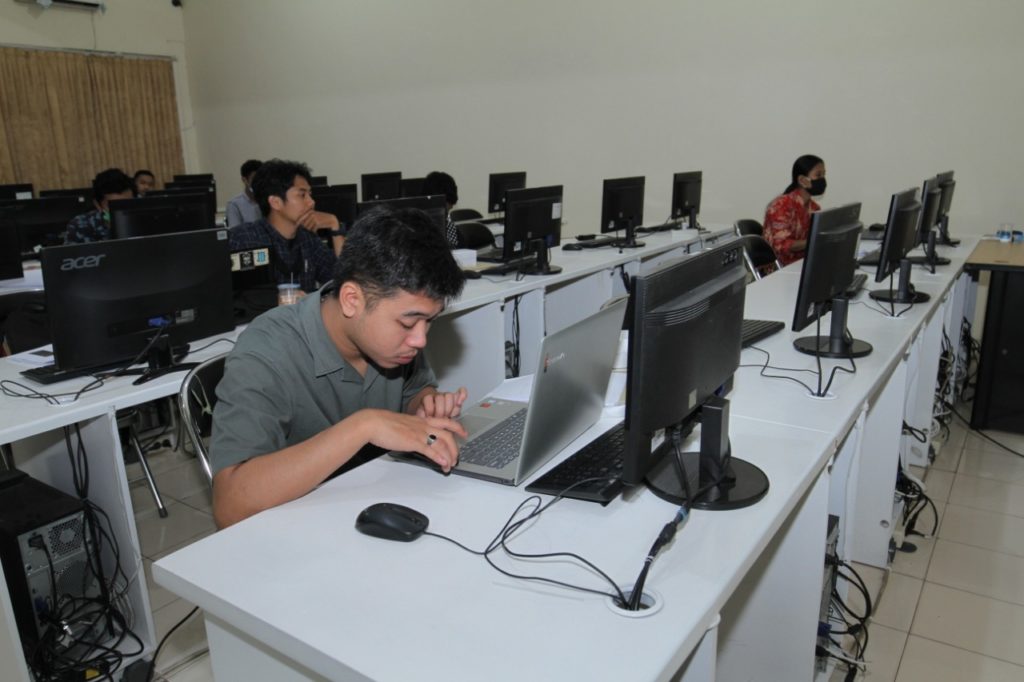 In Order to Complete the Student’s SKPI, LSP Unikama Holds a Certification Test 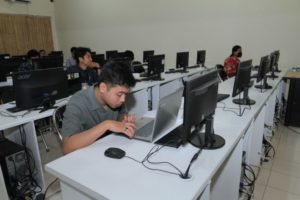 Unikama – After obtaining a license from the Professional Certification Institute (LSP) of the Universitas PGRI Kanjuruhan Malang (Unikama) it is allowed to hold a Competency Certification Test (USK) which will be held every semester. For the first time, this competency was held on February 9-10, 2021 with a 3D Low Poly Model Artist scheme, which was attended by 29 Information Technology (TI) Department students of 2017 and 2018.

“We hold this activity to help students get a Certificate of Companion Diploma (SKPI) for their provision when looking for work. Apart from getting an SKPI or a certificate from BNSP, their competence is also recognized in the world of work. This certificate is also valid in all Asean countries, ” said Dr. Dianawati Suryaningtyas, M.M as the Director of LSP Unikama.

This competency begins with filling out the application, completing the questions that were tested and then the assessor giving an assessment in the form of practice directly. So, during the test the assessor was directly involved in the assessment process.

“The second activities will be held on February 23-24, 2021, specifically for the Information Systems (SI) Department with the Junior Web Developer scheme, which is attended by 37 active students. The competency certificates from BNSP that students get have an active period of 3 years, for students who have not yet taken the thesis examination can take this USK,” she added. 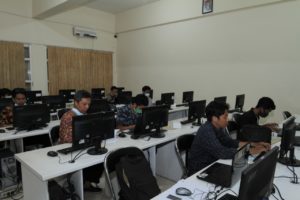 The Competency Certificate from BNSP is proof of competency recognition of what students have learned during college because the scheme chosen is based on the courses that have been taught.

Furthermore, the woman who is also a lecturer at the Faculty of Economics and Business also explained that the scheme tested at LSP P1 which is within the scope of the University can only hold a competency test that is followed by her own students.

“The level of competency testing itself is adjusted to the SKKNI (Indonesian National Work Competency Standards) and the subjects studied during lectures. So later, the learning outcomes can be obtained, ” she explained.

With this USK, LSP Unikama already has development steps for current LSP activities or activities. He hopes to increase the scope, because currently being tested is still the scheme owned by the IT and SI Department.

“After this, LSP Unikama will add new schemes. I will focus on the Faculty of Economics and Business (FEB), such as the example of the Human Recources Management course. People who are involved in the world of Human Resources (HR) are required to have a competency certificate. In addition there are also other schemes such as Account Officer (AO), in the Management Department there are 3 concentrations, namely Management Human Recources, Marketing and Finance. If it is possible, I will maximize this Management Study Program to be able to have a scheme at LSP Unikama. Besides, it is also open to other Faculties who wish to propose new schemes, ” she concluded. 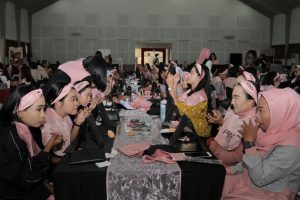 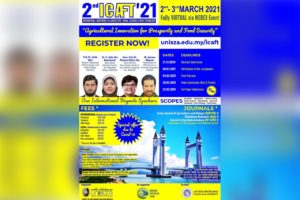