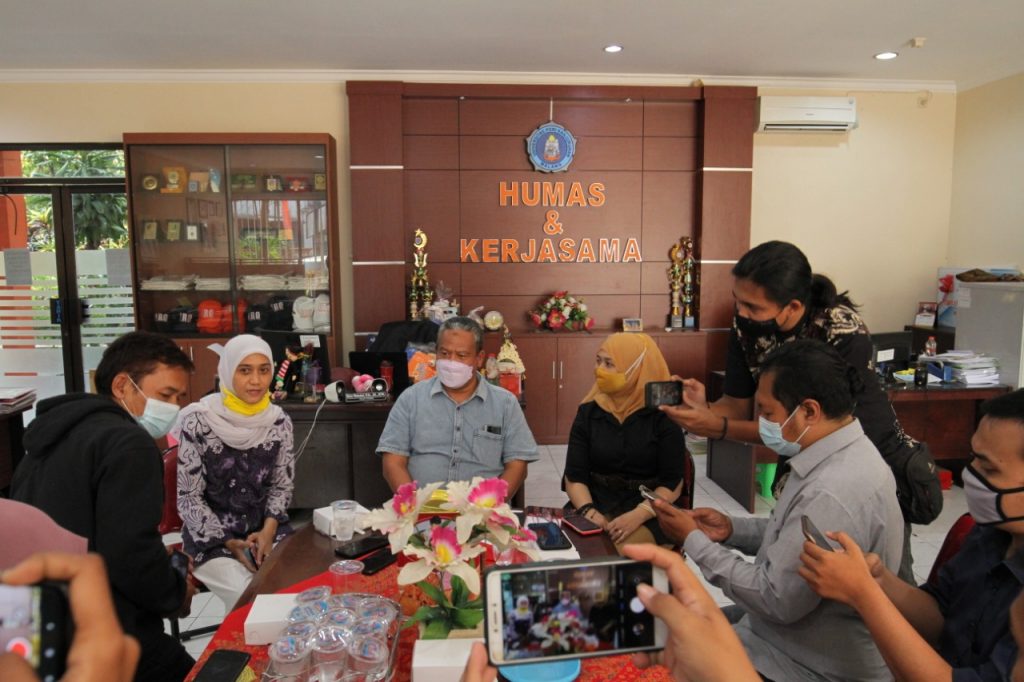 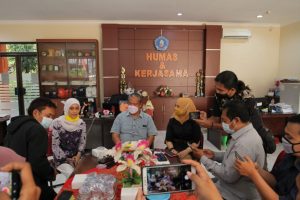 UNIKAMA – The second time since the Covid-19 pandemic, Universitas PGRI Kanjuruhan Malang (Unikama) held an Online Graduation Ceremony. The graduation ceremony for the odd semester of the academic year 2020/2021 was attended by 439 out of 20 undergraduate and postgraduate students from 20 Departments.

As stated by the Chairman of the Committee, Dr. Maris Kurniawati, S.Si., M.Kes, that this odd semester graduation will be held on May 22, 2021. There are 419 undergraduate students (S1) and 20 postgraduate students.

“Along with the 64th Anniversary of Unikama, we raised the theme of this year’s graduation, Merdeka Learning Campus Merdeka (MBKM) which is currently being intensively announced by the Ministry of Education and Culture. The core theme of this MBKM is Quo-Vadis Higher Education Development in Indonesia,” she said.

This was also confirmed by the Head of UNIKAMA Public Relations, Retno Wulandari, SE., M.SA, Akt students did graduation online. For the awarding of a diploma will also be carried out after graduation.

“Students in the Greater Malang area can immediately take a diploma to Unikama, if those who are outside the city and the island will be sent to their residential address. Meanwhile, during graduation, it will be set like a graduation in general. So, there is still the inauguration procession. Later students will follow through the zoom application, while parents and siblings can follow the Unikama live streaming, ” he explained.

Meanwhile, Vice Rector I (Vice Rector I) Dr. Sudi Dul Aji., MSi, who is in charge of the Academic field, revealed that this year’s graduation is a little different from the previous one. On this good occasion, Unikama launched the “Book Chapter”.

“This Book Chapter is a book that contains a collection of works from authors both from outside such as from the Higher Education, off-campus lecturers, as well as the writings of Unikama Lecturers. We also give the theme of this Book Chapter the Ideology of Science in Learning Applications. We offer it to the previous writers. Finally, there are 30 writers who will submit the script, ”he said.

In addition, Vice Chancellor I Unikama also said that for the next semester learning will be carried out online and offline if possible. But still adhere to health protocols so that the learning process can still run well.

He hopes that with this year’s Online graduation, all students can graduate soon, and can get a diploma on time so they can use it as a provision for them to get a job. In addition, the knowledge they can use and implement properly. 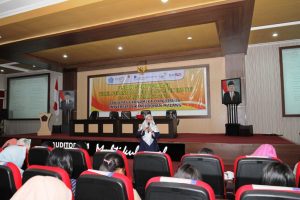 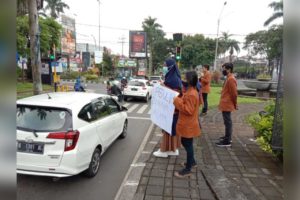 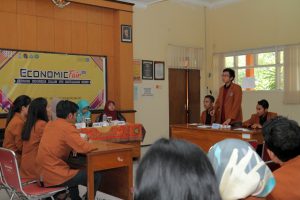