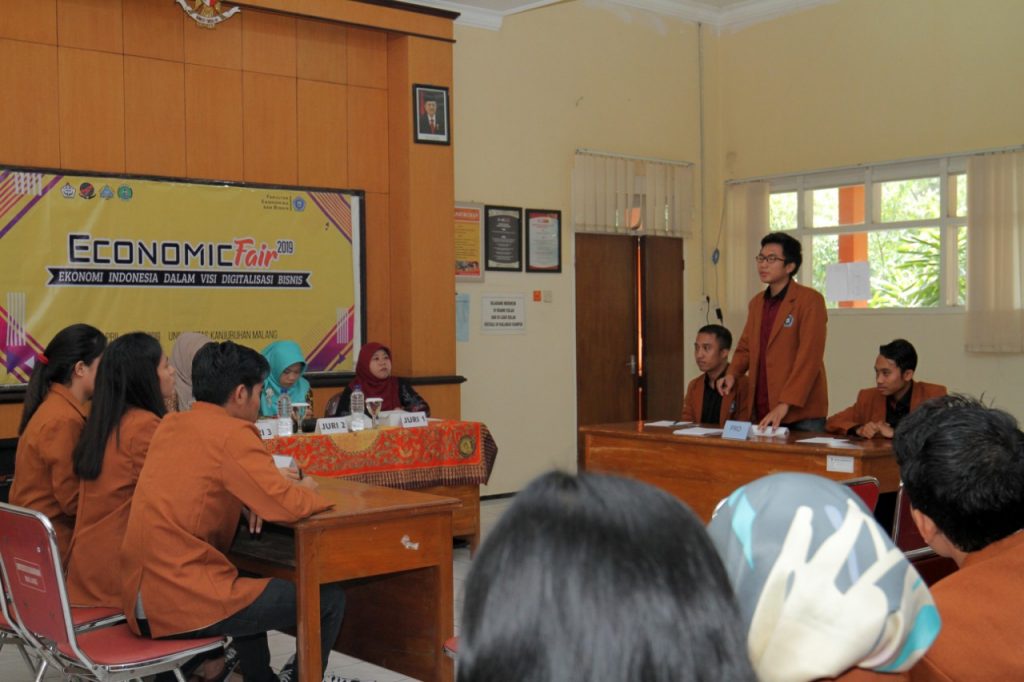 UNIKAMA – Desire to students know more about the economic in the 4.0 industrial revolution, as well as increase students’ insight into economic development, The Accounting Students Associations (HMPS) of Malang, Monday, (29/4) held an Economic Debate event in the class room of Universitas Kanjuruhan Malang (Unikama).

Followed by 18 teams consist of students from Management, Accounting, and Economic Education Department, they were divided into pro teams and counter teams who were given the latest issues related with economic development in the Industrial Revolution 4.0 era to be debated. Representatives from each class from class 2016 to 2018 must represent their class in order to win in this prestigious romantic event.

Raising the theme Facing the Global Economic Challenges in the Industrial Revolution 4.0, the debate was divided into three sub-themes.

In the preliminary round, the two teams were given the theme of foreign workers in Indonesia and there was also the theme of BPJS Employment. In the semifinals, it raised the theme of export policies, import policies and online marketing for debate. In the final itself are opinion distribution, economic activity and fiscal stimulus.

“Our purpose is that all students in the Faculty of Economics and Business (FEB) can sharpen their economics and their knowledge, what will happen when they are exchanging ideas, there will be a renewal, there is something new, so that it can add to the experience,” explained the Chairperson of the Accounting Students Accociation (HMPS) of Universitas Kanjuruhan Malang (Unikama).

This event is actually a series of events called the Economic Fair 2019 held by the faculty of Economics and Business Unikama. This fair series opened with an Economic Debate held this morning. The program will continue tomorrow, April 30, 2019 with an Economic Seminar and Entrepreneurship Training. The peak will be held on May 2, containing the event titled Economic Olympiad and Business Plan.

Samsudin hopes that this event can be a routine event held by the Faculty of Economics and Business which is continued annually. “I hope this Economic Fair can become a routine so that students can continue to sharpen their studies. Because by learning we can know, we can get more extensive experience, “he concluded. (erma) 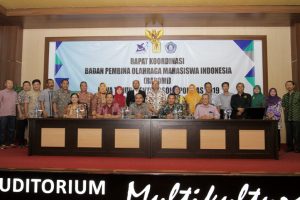